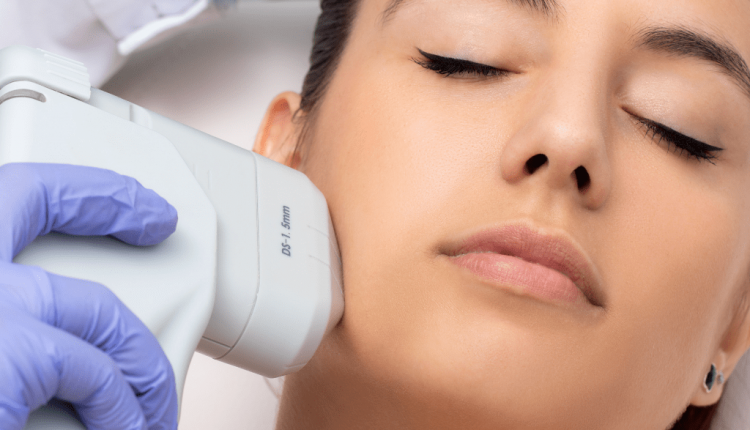 How Can HIFU Work For Fat Cheeks Removal?

HIFU, which stands for high-intensity focused ultrasound, is a newer technology that is commonly used for fat Reduction, specifically for double chin and face slimming. HIFU works by using ultrasound energy to heat and destroy fat cells in the targeted area. This results in a slimmer appearance and can be done with little to no downtime.

Many people struggle with chubby cheeks, but the reasons for this can vary from person to person. One common cause is excess weight, where fat deposits in the face along with other areas of the body. Another potential cause is genetics, as some people are predisposed to storing fat in their facial features. Age can also play a role, as our skin loses elasticity and becomes more prone to sagging around the cheeks as we get older. Certain medications and excessive alcohol consumption can also contribute to puffiness in the face. Fortunately, there are non-invasive treatments like HIFU for fat cheeks removal.

HIFU is a non-invasive way to target and break down fat cells.  This treatment uses targeted ultrasound energy to heat and destroy fat cells without damaging surrounding tissue. It can also stimulate collagen production, leading to tighter skin in the treated area. Results can be seen immediately and continue to improve over the following weeks and months. HIFU is often used on the chin and jawline, but it can also be performed on other areas with excess fat, including the cheeks.

How Does HIFU Work?

HIFU specifically targets the deep layer of fat below the skin known as the subcutaneous adipose tissue or SAT. By heating and destroying the fat cells in this layer, HIFU can help to sculpt and define the face, providing a more youthful appearance. In addition to fat reduction, HIFU can also help to tighten the skin in the treated area.

One of the main benefits of HIFU is that it is minimally invasive and does not require any anesthesia or downtime. There are no needles or incisions involved, and side effects are typically mild and temporary. Common side effects include redness, swelling, and bruising which usually resolve within a few days.

HIFU is a great option for those who are looking for a non-invasive alternative to more traditional fat reduction treatments such as liposuction.

Who are Good Candidates for a HIFU Treatment?

HIFU can be a great option for targeted fat removal in the face and body. However, it’s not right for everyone. Generally speaking, the best candidates for HIFU are people with localized areas of stubborn, diet and exercise-resistant fat. HIFU can also be a good choice for those who want a non-surgical option with no downtime. However, it’s not recommended for those who are significantly overweight or have loose skin that may not tighten after fat removal. It’s important to have a consultation with a trained professional to determine if HIFU is the best option for your specific situation and desired results.

Like any medical procedure, there are always risks involved. However, studies have shown that HIFU tends to have a low complication rate with minor side effects such as temporary redness or swelling. In fact, many doctors consider it to be a safer option than invasive surgery because it doesn’t involve cutting or anesthesia. Overall, HIFU is a relatively safe fat cheeks removal option as long as it’s performed by a trained professional. Just make sure to do your research and discuss any concerns with your doctor before proceeding with the treatment.

If you’re considering HIFU for fat reduction, be sure to consult with a qualified medical professional to see if you’re a good candidate for treatment. HIFU is typically safe and effective, but as with any medical cosmetic procedure, there are some risks involved. These risks will be discussed with you during your consultation so that you can make an informed decision about whether or not HIFU is right for you.